I had my boots. I had my board. I was standing under the Perfect Turn Ski and Snowboard School sign, waiting to be placed with an instructor, and feeling pretty good—here I was, I was pushing myself, bustin’ stereotypes, teaching an old dog new tricks—when an elderly lady marched by me, skis and poles in hand. Someone yelled, “Hey, are those skis? Why aren’t you snowboarding?” and she spiritedly replied, “I’ve had four leg joints replaced and my knees don’t bend so well. I’d rather ski!”

Ok. So I was busting with pride about learning a new skill at the ripe old age of 27 while this chick didn’t think twice of taking lessons in her 70s with 4 fake joints? Man. Consider me impressed. And put snugly in my place.

With 25 years of skiing under my belt—Yes, 25. Yes, I started when I was two. And yes, I am slowly accepting the fact that I’m now in my late 20s—I was waiting to take a Perfect Turn clinic for snowboarding. 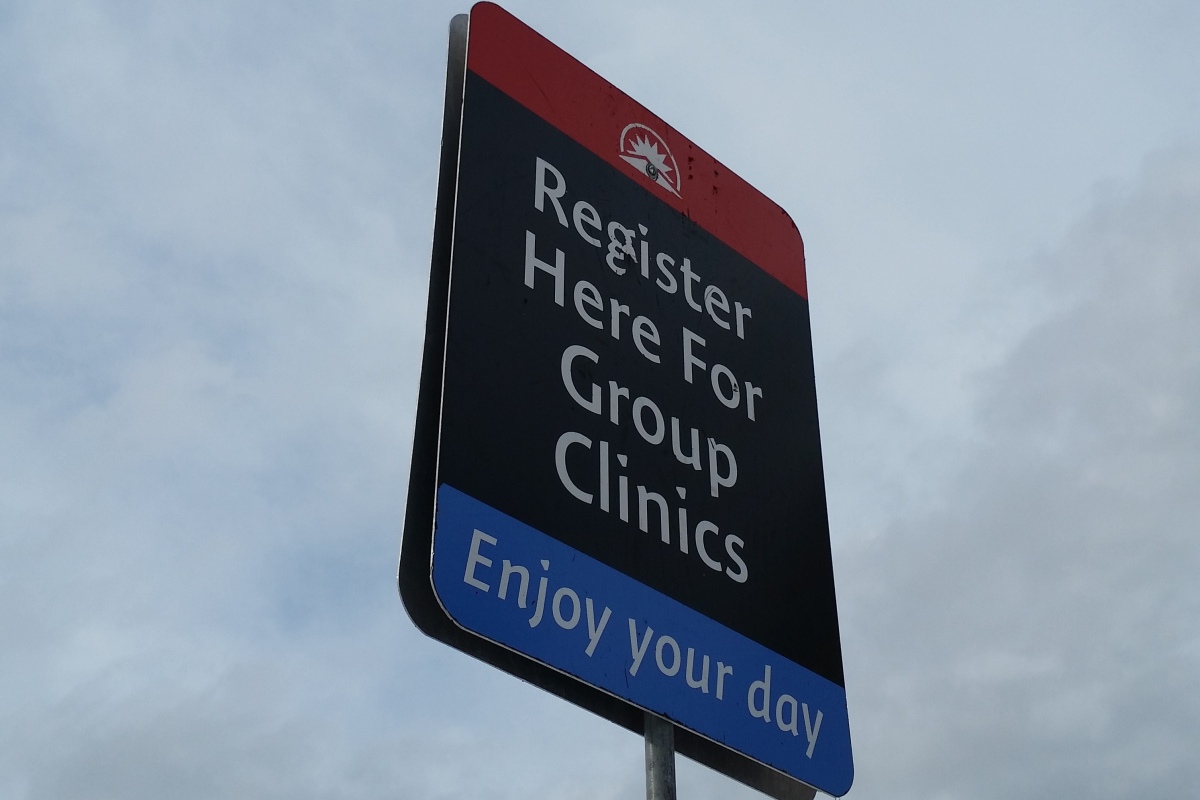 Full disclosure: my first tango with the terrifying new sport of snowboarding was five years ago, when I was 22 and sure that I could teach myself in a day or two. Ah, youth. Two months later, when I still couldn’t sit down, I swore that I’d never try “that devil sport” again. Well…things change and tailbones heal, and sure enough, I ended up back on a board last year. I picked up the basics (i.e., how to fall…a lot) by boarding solo for one hour at a time, one day a week, but the season ended and I’d only spent about five hours snowboarding and I still couldn’t turn. So this year, when the opportunity presented itself, I jumped on it. Yes, I would take a real, honest-to-goodness lesson, taught by a professional. Heck yes!

After a few basic questions about my ability level, and getting me set up with all of the necessary gear, the clinic coordinator at Perfect Turn placed me, and another woman named Jane, with Dave, a first-year coach who spent all of last summer in New Zealand being trained in the magical art of snowboard instructing. Dave was awesome. He said things like “dynamic riding progression,” and “down unweighted turns,” and then actually made them make sense as we headed up the lift for our first run.

I came clean about my common beginner snowboarder habit: I was fine when edging heel-side (facing straight down the mountain, like a skier) but totally lost my cool when I had to turn my back on the direction I was heading and face the slopes (toe-side). Without even seeing me on my board, Dave figured out my problem: When people feel uncomfortable, they bend their knees, protect their core, and lean away from what they’re afraid of. Not-so-coincidentally, people fall while snowboarding because they bend their knees too much, push their hips back, and lean backwards. Oops. Dave was on to me.

Despite identifying the barrier between me and a successful toe-side turn, I still got about 32 painful reminders from the ground on our first run that I was not, in fact, doing it right. On our second run, Dave’s advice finally got through my thick skull: the trick to edging was getting forward and using my hips (not my upper body) to reposition my weight, just like on skis. I strung one, then two, and then a bunch of heel- and toe-side turns together, encouraged all the way by Dave’s stoked “You got it!” behind me. Jane, the other woman in my lesson, was a natural from the first turn of the day and was totally kicking my butt as she linked heel- and toe-side turns like a pro, but the lesson was un-judgy and supportive from start to finish despite our ability differences. Dave gave us both tips and many a “whoohoo” when we did something right, gave me some extra attention when I needed it, and made sure we all got down first Mixing Bowl and then Dream Maker (!) safely and had fun. After an hour with Dave, my imaginary Native American name had graduated from “Falling Falling Leaf” to “Timid Toe-side,” and I was pumped.

Because I was curious to see what I had missed by teaching myself (a.k.a. eating face-fulls of snow and giving up a lot), I cut out of my lesson a little early to sit in on a Learn-to-Snowboard clinic for a beginner student. At just $49 for midweek and $79 for weekends and holidays, these learn-to clinics pack major bang for their buck for first-timers, and I immediately regretted all of my solo hours falling, rather than learning, as I watched the clinic unfold. Amy, who learned how to ski about 5 years ago, was taking her second snowboarding clinic ever and was quickly on her way to mastering the sport. Suz, the instructor, was patient, friendly, and very supportive of every turn Amy took. Amy fell a lot less than I had on my second day and learned a lot more. I was envious.

At the end of my day of snowboarding, I was surprised by two things: one, the age-range and ability levels of the people signing up for clinics—I mean really, it’s super cool that people in their 30s, 50s, and 70s are all deciding to learn a new skill!—and two, at how non-judgmental and supportive the whole experience was. Everyone was just there to have fun, to learn, to support each other, and to get some good tips from people in the know. It was a lot less scary and a lot more fun than I had anticipated.

And, long story short, I can rip a decent toe-side turn now (thanks, Dave). I’m not a pro, and people should still stay out of my way when I have only one board under me, but I’m one step closer to blue-trail domination. After that, my sights are set on the entire mountain. After that, the world. I mean, really: anything’s possible if I can learn how to snowboard in my late 20s.